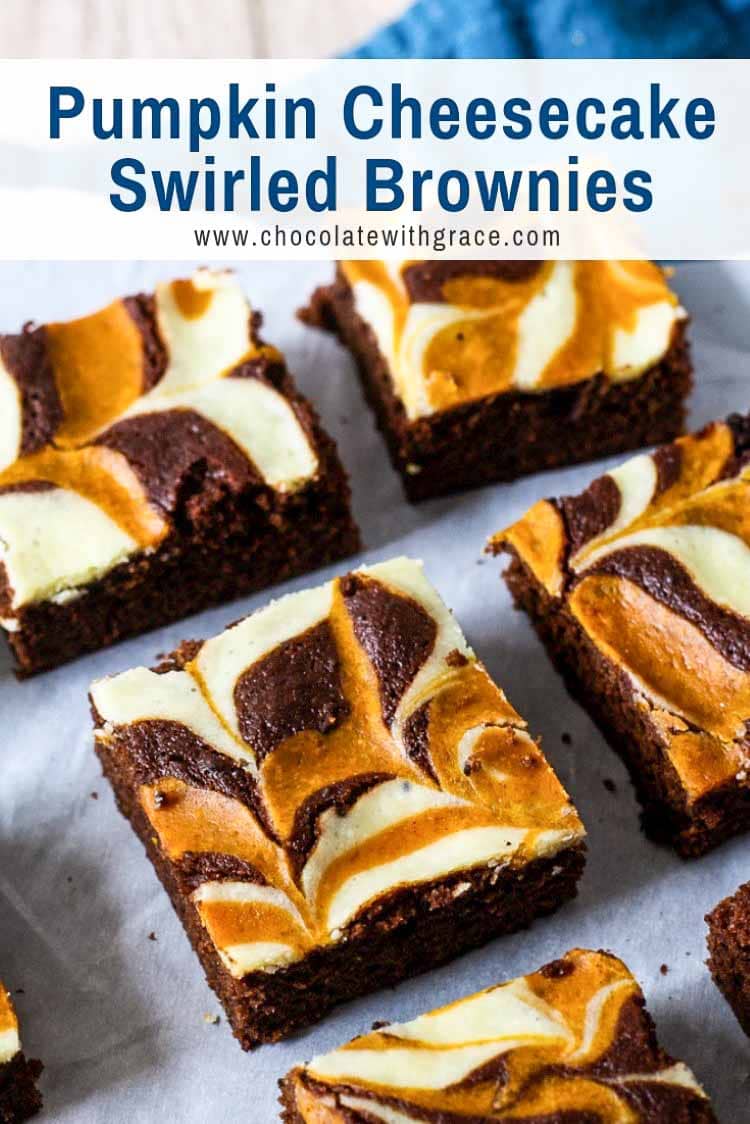 Once upon a time, I made a rich chocolatey brownie swirled with a smooth pumpkin cheesecake and enjoyed one piece after another.

Who could resist Pumpkin Cheesecake Brownies? Just look at that dark chocolate brownie with its pumpkin cheesecake layer!

BEFORE BAKING THESE BROWNIES – please read through ALL of the directions and recipe steps! Many questions have already been addressed and you’ll save yourself a hassle by doing so first. Happy baking!

The pumpkin cheesecake swirl in the brownies is worth the tiny bit of extra effort and it also works to keeps these brownies ultra-moist.

I must be on a cheesecake kick this fall, my last recipe also involved pumpkin cheesecake too.

This is my classic brownie recipe with pumpkin mixed in for extra pumpkin flavor. Then you’ll swirl in the cheesecake layer to make them even better.

Half of that cheesecake layer is plain cheesecake and half is pumpkin cheesecake. That is what creates the pretty two-toned effect in the swirl.

The first time I made these, I chose to use only about ¾ of the pumpkin mixture and then regretted it because I wanted more cheesecake on top.

Take your pick on how much cheesecake batter to use. Using less will make prettier swirls, but more cheesecake is my preference for taste.

The brownie is thick, dense and soft. Not too chewy thanks to the addition of pumpkin, but rich like a brownie should be. There is an extra egg in these brownies for more chewy brownie texture.

How to make pumpkin swirl brownies

Getting the pretty swirl on top isn’t too hard. Spoon the cheesecake mixture on top of the brownie batter in stripes and then take a butter knife or toothpick and run it through the batter to make a criss cross pattern. Then swirl it in a couple circles for good measure.

Be careful not to over-swirl or it will turn the swirls muddy and the brownies won’t be as pretty – they’ll still be delicious though.

Please note that the baking time is a range, however ovens and pans vary and will affect the time needed to fully bake this recipe. Keep baking until a toothpick inserted into the cheesecake portion comes out clean.

Let me know in the comments if you make this recipe. I think it would be perfect for a fall potluck or party, maybe even Thanksgiving dessert.

This pumpkin brownie recipe is loosely based on my Best Brownie Recipe in the world from scratch. If you’re looking for a great basic brownie recipe, be sure to check that recipe out too. 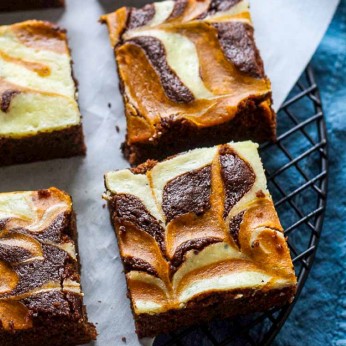 For the Cheesecake Swirl

The cheesecake layer will initially be runny, you’ll want to bake the brownies until the cheesecake has set. Please note that the baking time is a range, however ovens and pans vary and will affect the time needed to fully bake this recipe. Keep baking until a toothpick inserted into the cheesecake portion comes out clean.

I first shared this recipe in September 2014 as a contributor on Uncommon Designs.

Follow along on my pumpkin, cheesecake, and chocolate craze with these other recipes! 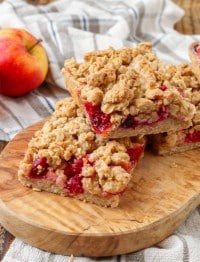 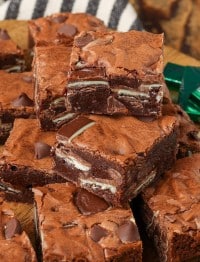 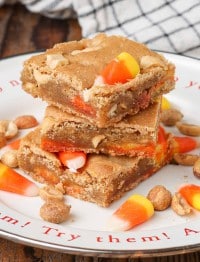 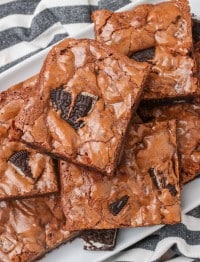 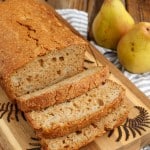 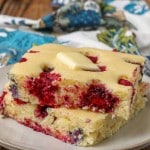 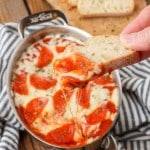