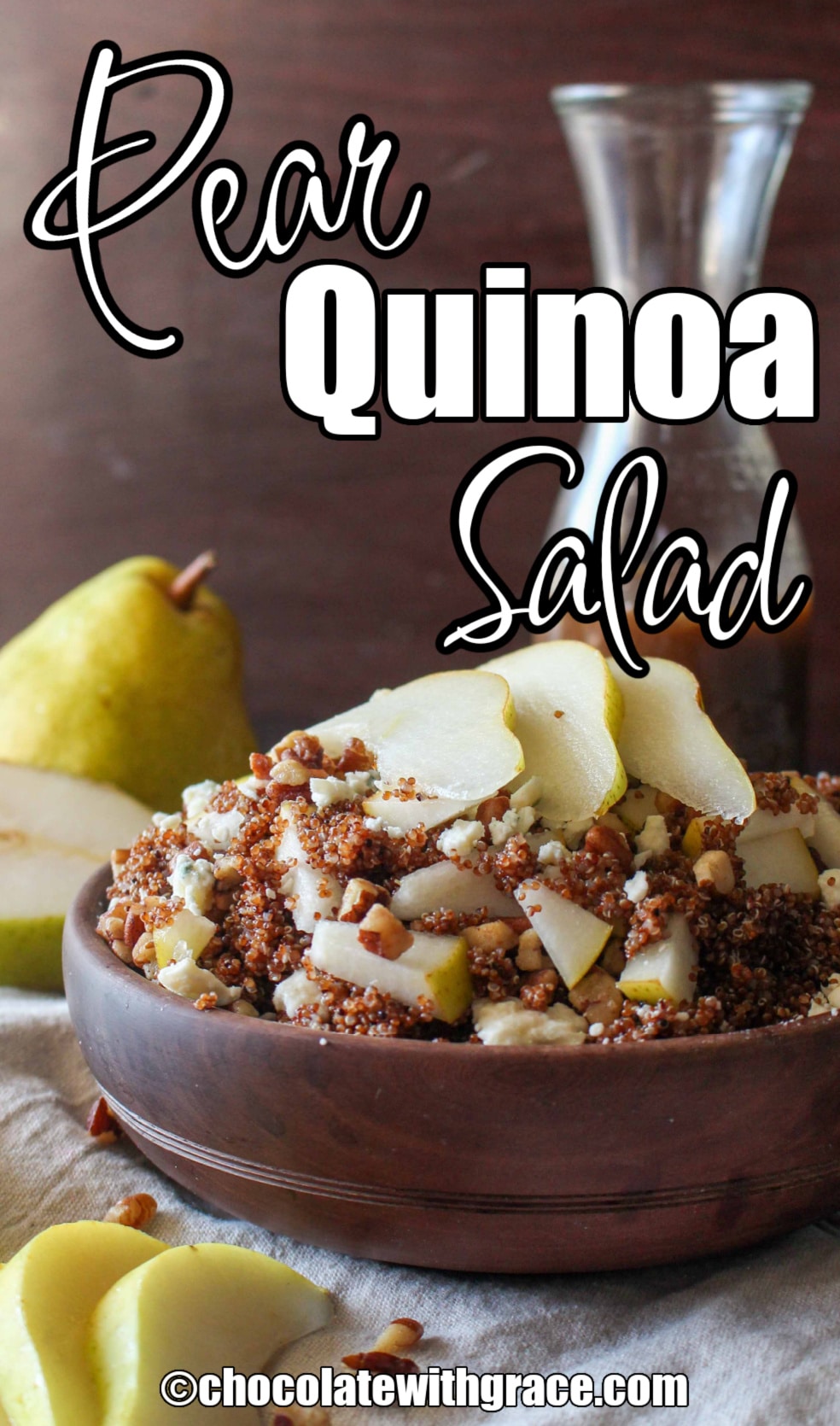 This Pear Salad with Gorgonzola and Quinoa is packed full of juicy pears, tangy Gorgonzola, and crunchy pecans with a light dressing.

The title to this recipe is actually a little misleading; I meant to use quinoa like I usually did. However, I used kaniwa in this salad instead of quinoa.

Kaniwa is a close relative of quinoa with the same protein-packed health benefits, only it is a prettier color and a less bitter taste. Making a salad with Kaniwa or quinoa is an entire meal in one bowl.

It’s a winning change, though. Kaniwa is basically the same as quinoa, only better, and the rich color adds an improved visual element to the dish.

I stumbled across this close relative of quinoa by accident, during a rushed trip to the grocery store. Once I got home I realized I had this new mystery grain instead of traditional quinoa.

Immediately the wheels began turning as to what I could make with this. I was pleasantly surprised how versatile it was and it worked beautifully in this recipe (Or red quinoa would be good as well to give it some color).

The best part of this recipe is how simple it is. It’s just four quick steps to making this beautiful and intriguing side dish.

Bosc or Barlett pears work well in this salad. The crisp fresh taste goes with the light dressing and nutty quinoa and pecans. I like to cut them into bit-sized pieces and toss them with the quinoa and dressing.

Simple! For that matter, it makes a super healthy main dish with all the protein packed in with the pecans, cheese and quinoa (or kaniwa if you’re feeling adventurous)

Pears and pecans are one of my favorite salad combinations. This Pear Salad is filled with slices of sweet pears, crunchy toasted pecans, and plenty of bleu cheese crumbles.

When tossed with this tangy Dijon Vinaigrette, it’s an unforgettable side dish that’s on our table every holiday season.

After you’ve fallen for this salad, you’ll want to try this Apple, Pecan, and Feta Salad, and the ever-popular Potluck Taco Salad too.

For something a little different, try Foodie with Family’s Melting Sweet Potato Salad and 365 Days of Baking & More’s Israeli Couscous Salad – both of these salads are family favorites as well. 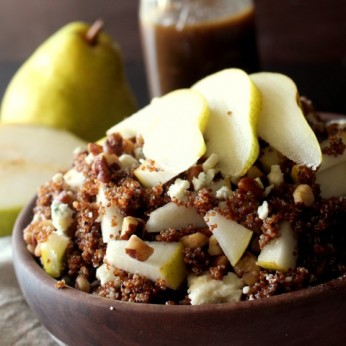 Pear Salad with Gorgonzola and Quinoa 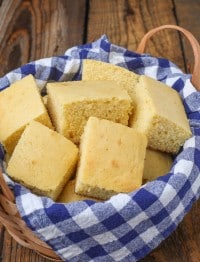 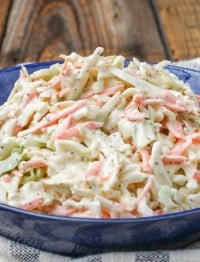 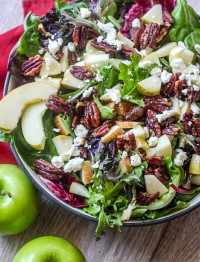 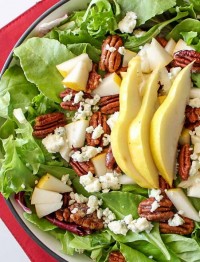 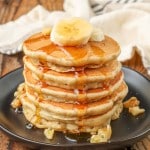 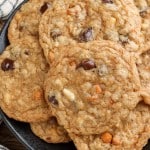 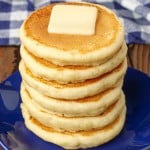 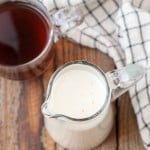