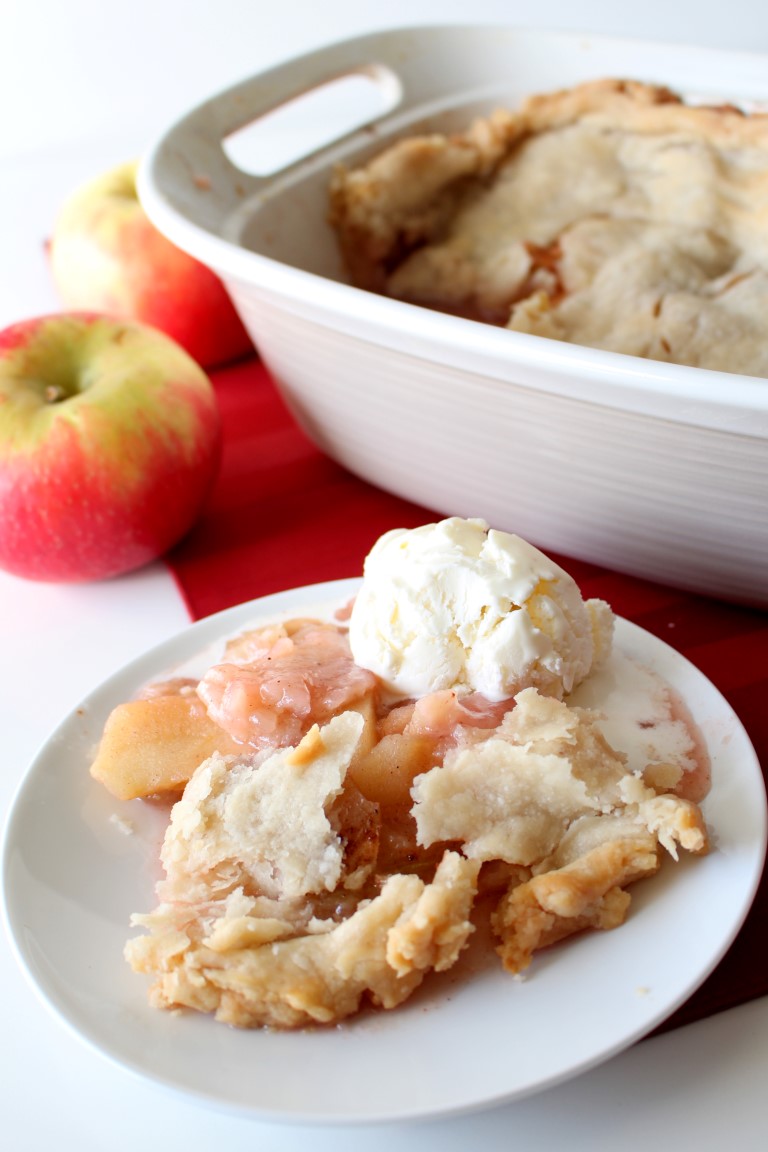 A simpler version of apple dumplings, this Apple Dumpling Bake is made in a casserole dish with soft, cinnamon apples sandwiched between layers of tender crust. 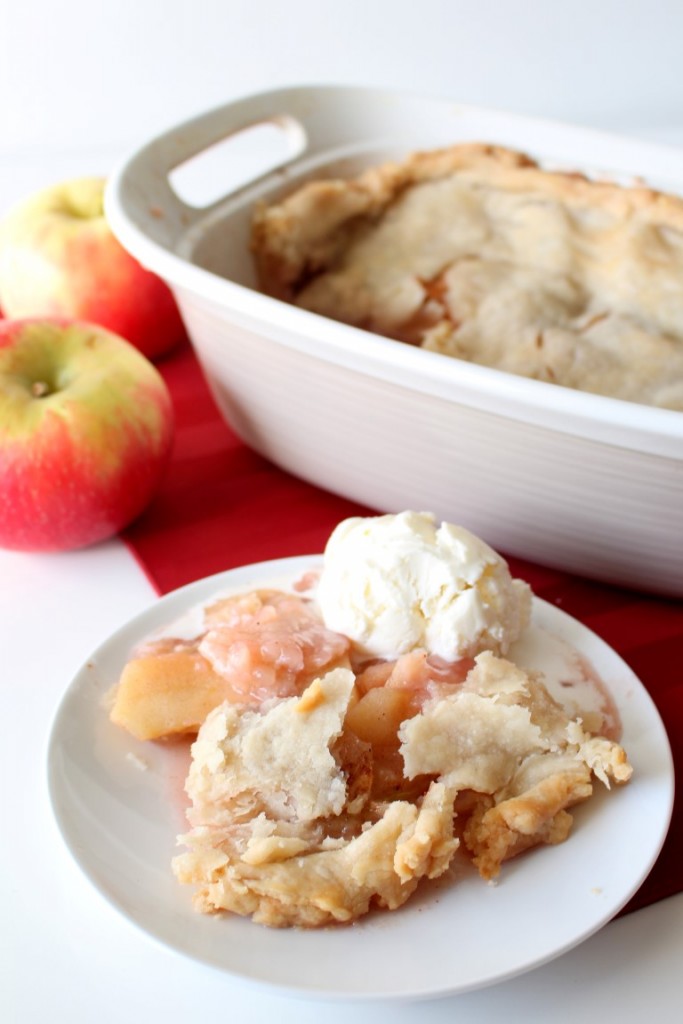 I know in February you’re supposed to make all sorts of chocolate desserts with pink and red accents. But I’m sharing a family favorite recipe. My family generally loves any dessert with apples. Dad’s all-time favorite dessert was apple pie, but we also love apple dumplings, apple bars, and most recently, apple pizza. This Apple Dumpling Bake is way easier than traditional apple dumplings with all the delicious flavor. (Please note the cute little hearts cut in the top crust.) 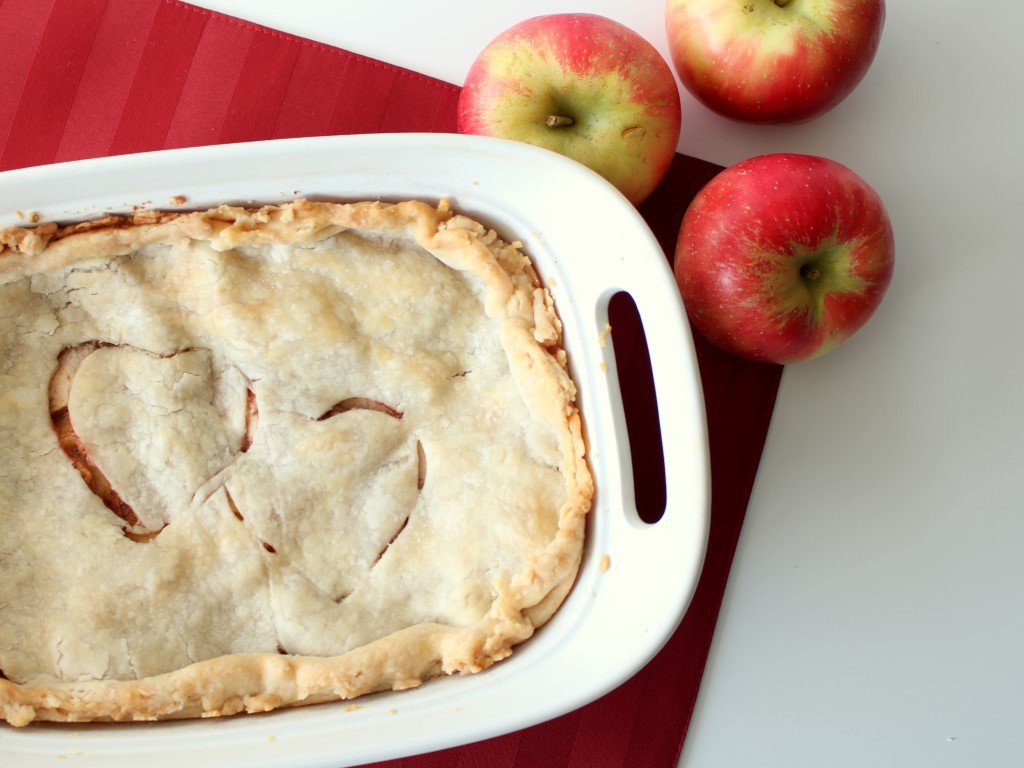 This is one of those recipes that came from my mom’s glued-together cook book that was a fun collection of recipes from all sorts of places. I think this came from my Grandma. It’s definitely was an older style of recipe with limited instructions and general guidelines for amounts. I’ve tried to make it a little more concrete. Be sure to follow the instructions for the crust carefully. The rest is easy. 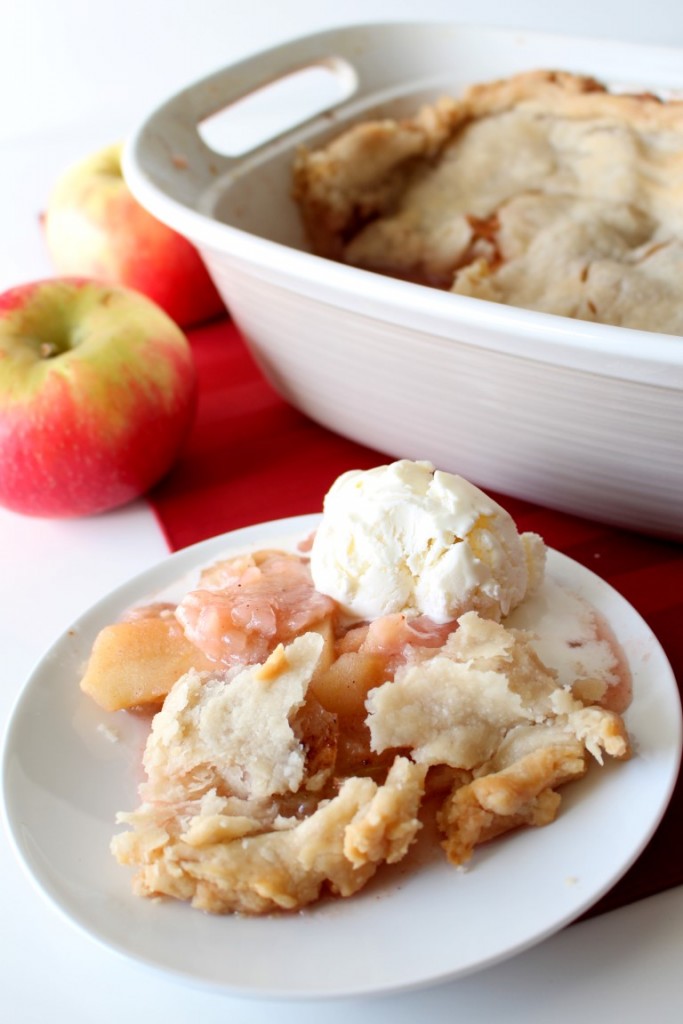 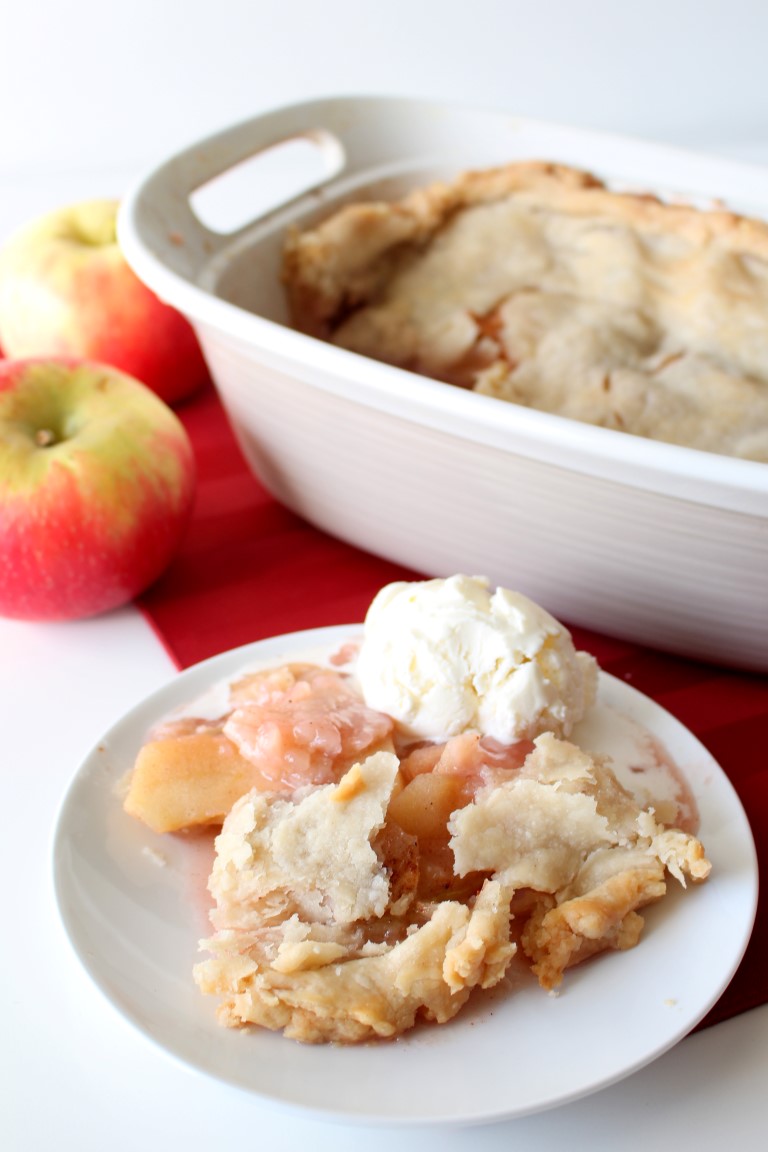 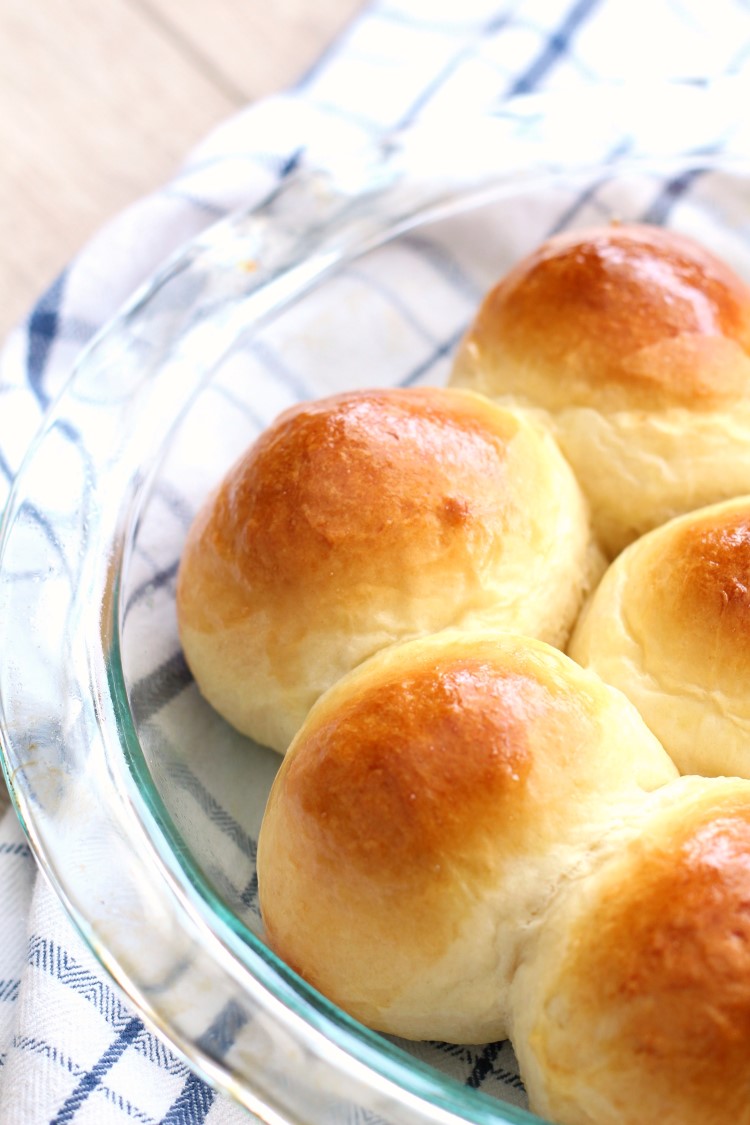 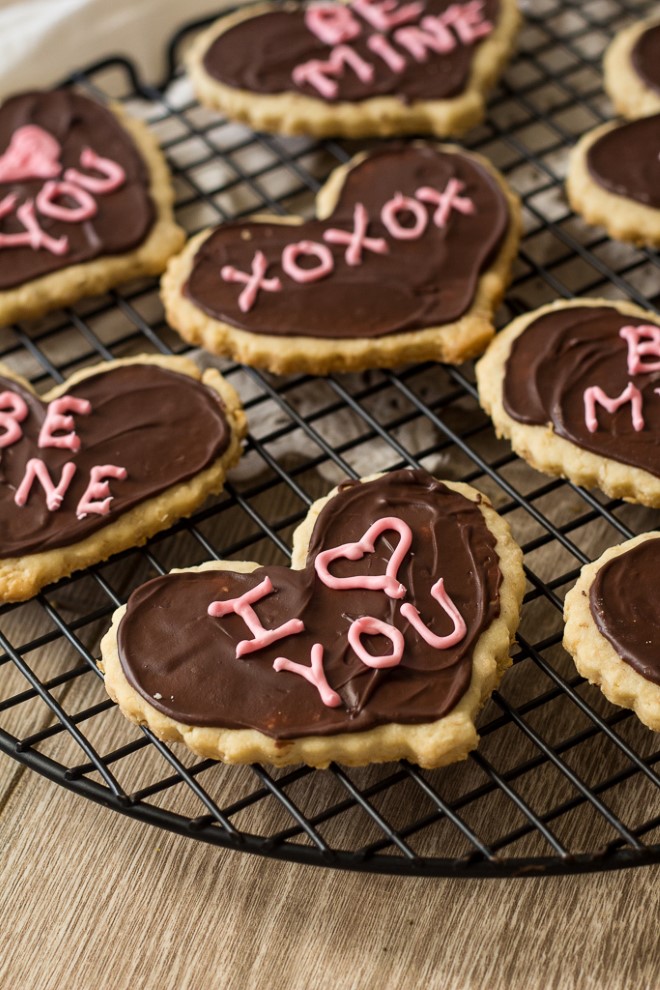 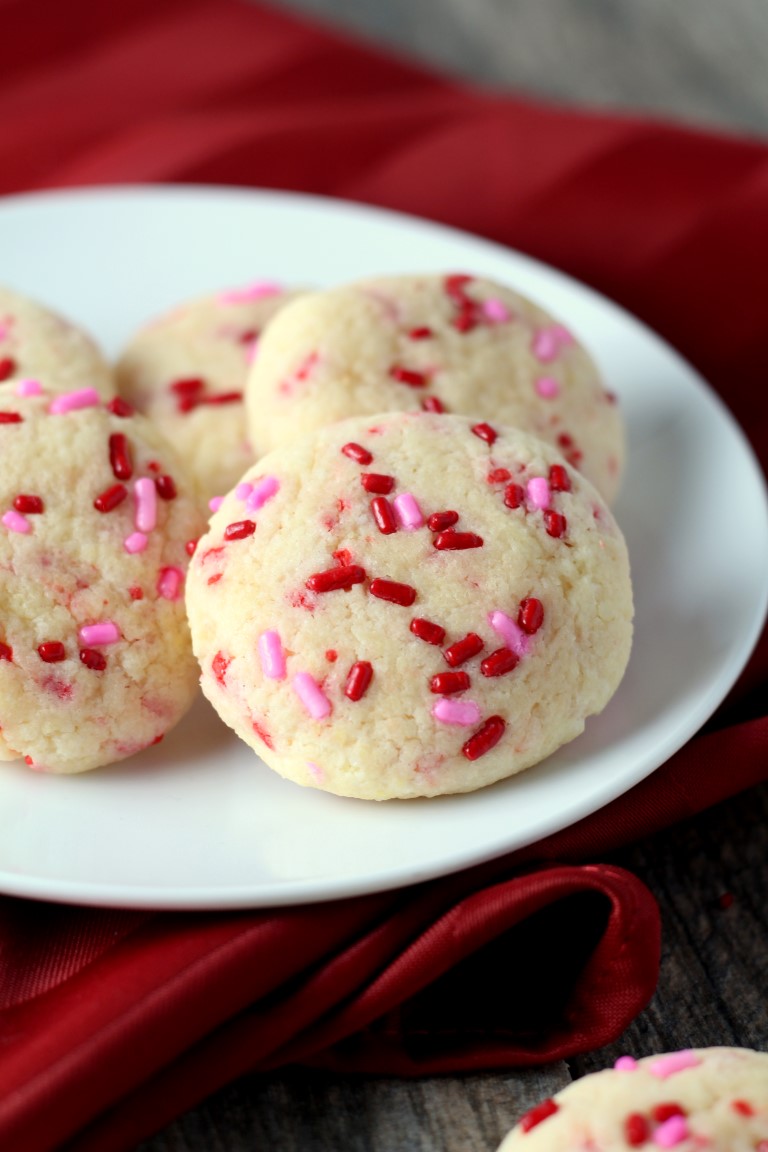 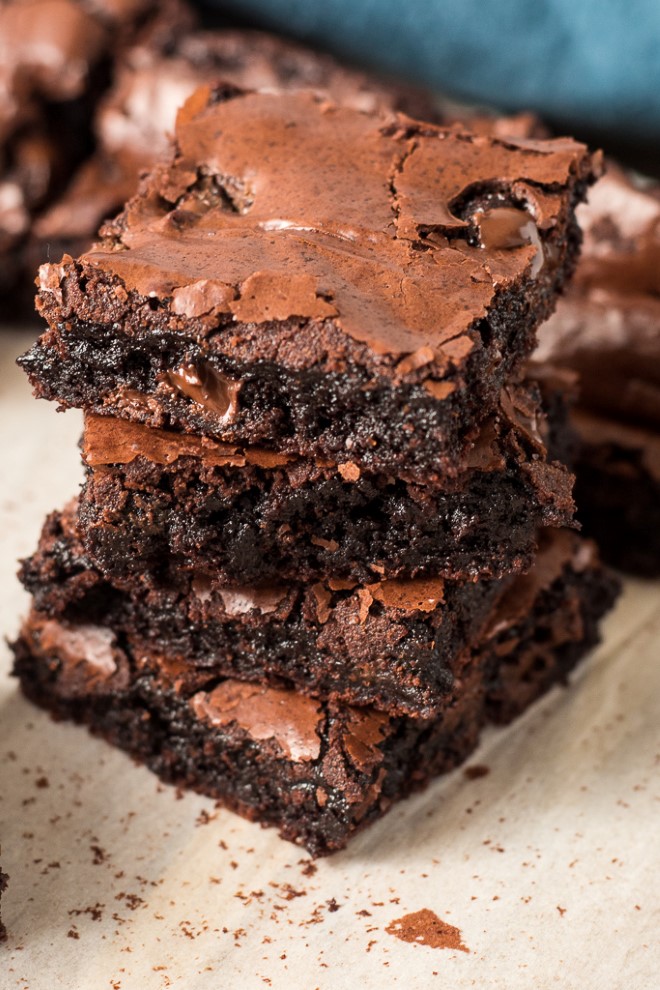 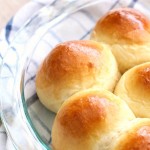 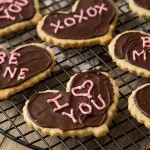 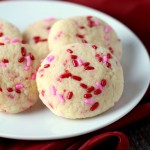